A few weeks ago, this cartoon strip appeared by @TheBadDr Ian Williams 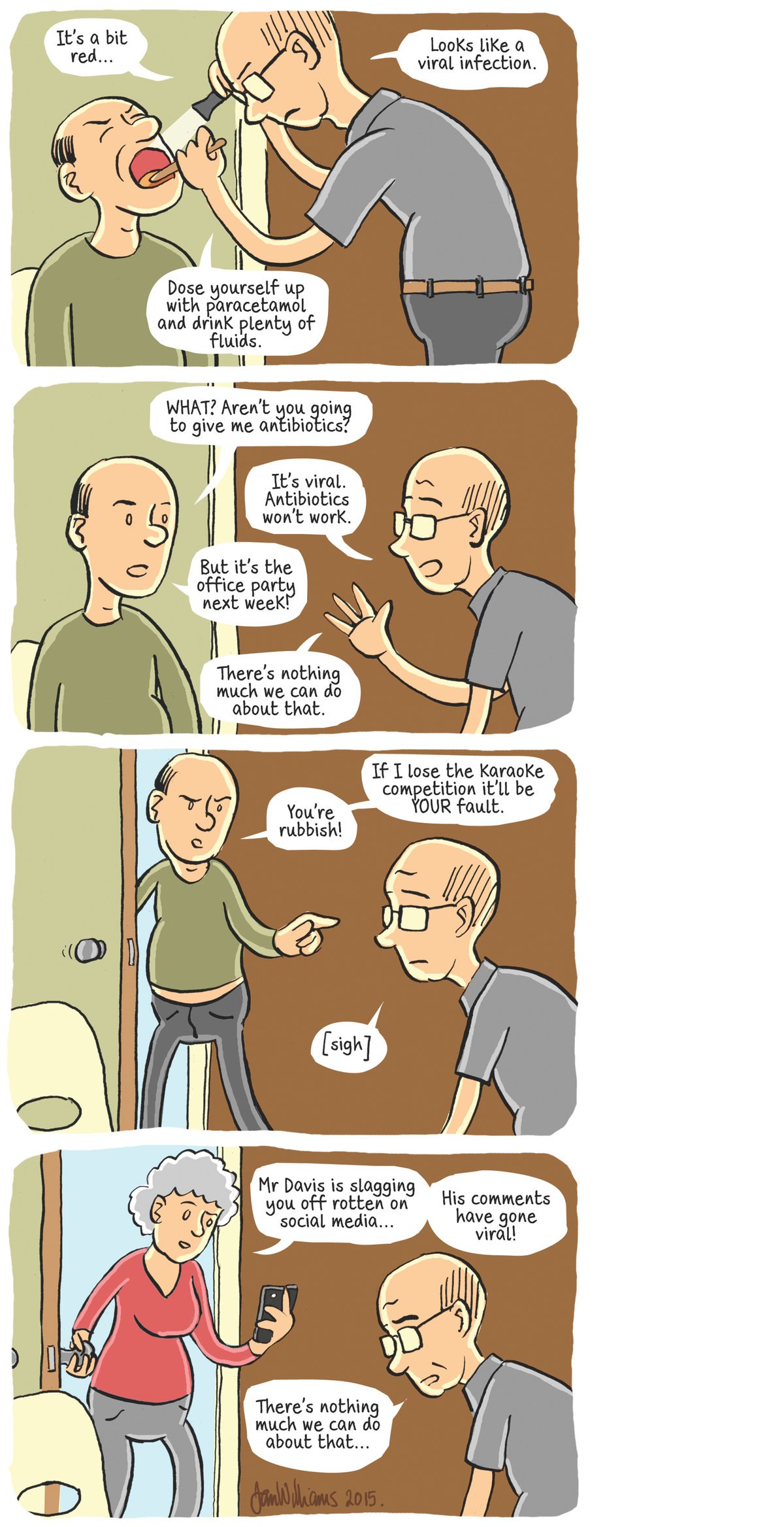 There’s a certain helplessness in the physician. “There’s nothing much we can do about that.”

Well, actually, there are a few things we CAN do about that. Doctors can actually manage their social media presence effectively through some simple means. Social media is prevalent, inevitable, and is a significant part of mainstream media. Social media is one of the most powerful tools we have in communication and public health engagement.

To illustrate the dangers of NOT being on Social Media, here’s what happened in the last 5 hours in Australia.

The Australian Doctor Tweeted this: 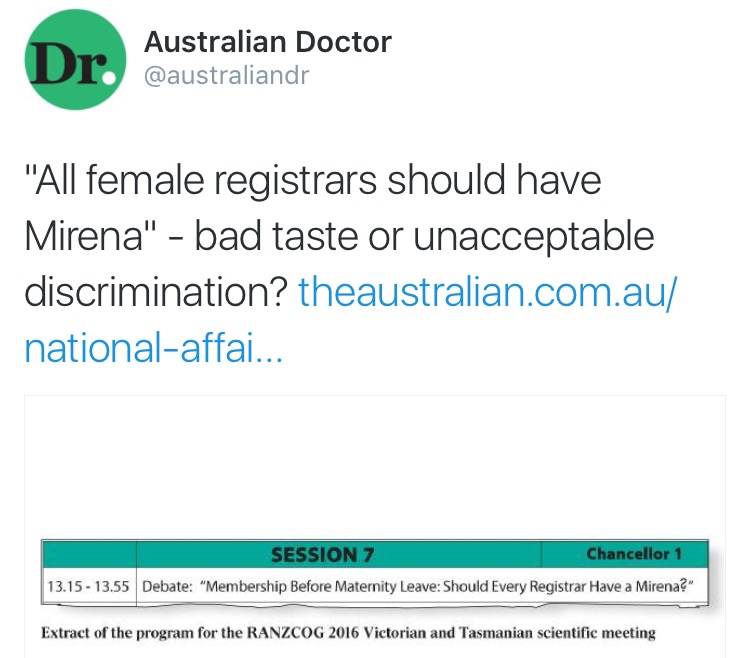 The Royal Australian & New Zealand College of Obstetricians and Gynaecologists (RANZCOG) Victoria and Tasmania branch organized a regional conference which includes a debate which was provocatively titled. It was probably done for controversial effect but had a negative reception all around. Many were outraged at the debate topic. This was picked up by various Twitter personalities and News Agencies around the world. Over a span of 3-5 hours I watched the discussion on this topic explode. How dare a College debate the reproductive freedoms of their trainees! Of note, the organizers consisted of an all-female panel. The RANZCOG has some of the highest proportion of female trainees and specialists, and they have one of the most progressive flexible training programs. The President of the RANZCOG Federal body Prof Michael Permezel was quoted in The Australian as saying that this was in “bad taste”. He was held responsible for this debate topic.

I am not discussing the topic itself here, but I’d like to tease out some social media lessons I’ve learned.

The rapid dissemination of this controversial matter via Twitter and Facebook meant that there were thousands of views and thousands of opinions filling up the online discussion forums, swiftly. Emails were directed to the President of the College. But the RANZCOG was silent, because they had a semi-active non-engaging Facebook page but no Twitter handle. 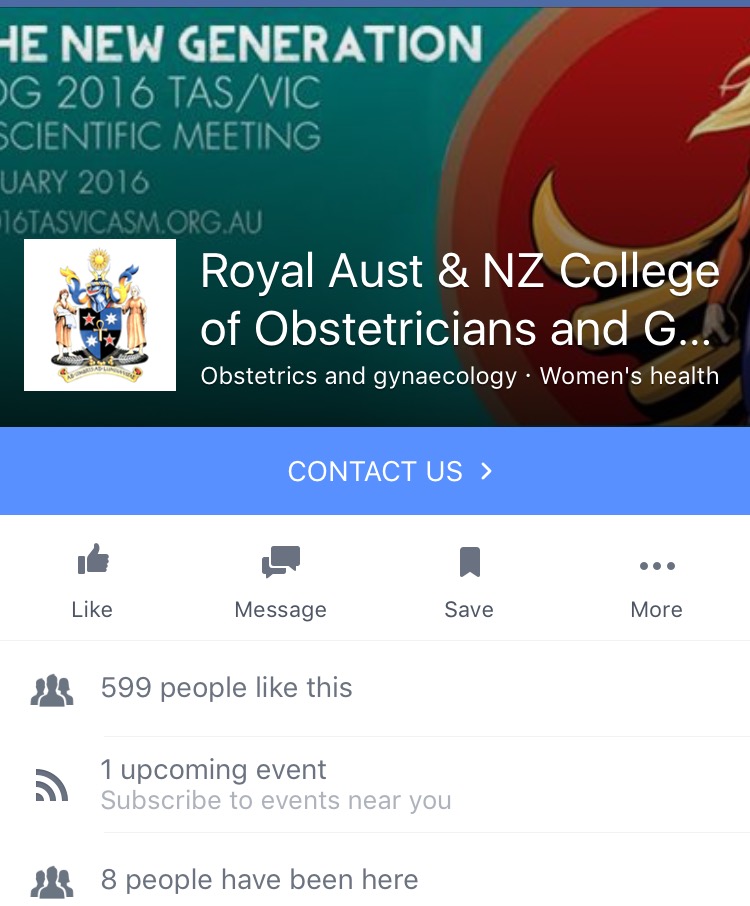 And guess what happened next:

These two accounts (one for the College and one for the President) were set up while this fiasco was unfolding. Note their Twitter handles. 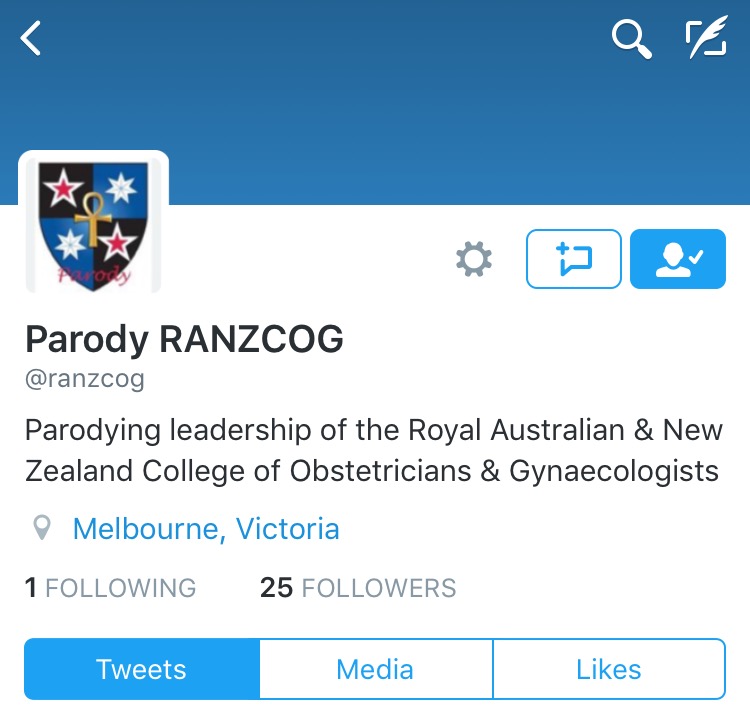 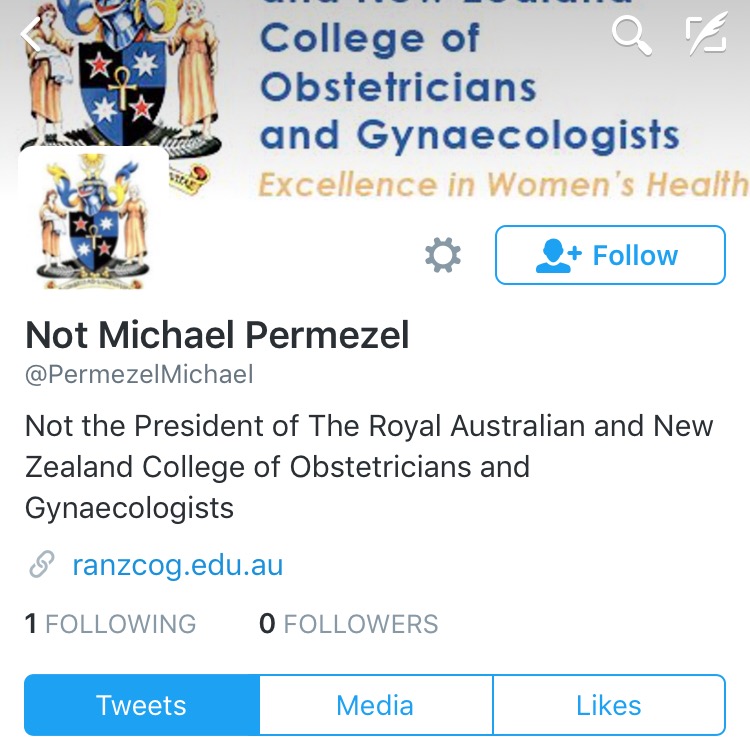 Here’s what I learned:

They lost their handle on social media (literally and figuratively).

Someone else managed the RANZCOG and the President’s reputation.

This is real. The unprecedented rapidity of social media and how it permeates traditional media has created a problem for the College and its President. To respond to this crisis, they now have to return to traditional media on Monday and perhaps, get their responses publicized on Tuesday. In the mean time, the battle for public education and understanding has been lost. This weekend’s discussion will be around the opinion that RANZCOG is a regressive College, unfortunately. The image of the RANZCOG has been tainted.

Hear me now: I do believe that there are good people on RANZCOG Council. They are specialists in women’s health. Women’s reproductive system is their biggest agenda. I cannot comprehend that they would have double standards when treating their trainees. However, in this instance, what may have started off as a tongue-in-cheek provocative debate topic has turned into a big PR disaster for the College.

Dear Doctors, your patients have moved. The public has moved. They have moved geographically to this place called the internet where social transaction there is an acceptable norm. For the sake of our patients and the future of medicine, we need to move in and speak their language. Your online presence is no longer optional. It is a basic necessity of being a specialist and a professional College in today’s world.

I’m sure this story will evolve in the coming days.

As of Sat January 2nd, 2016, 02.17am Atlantic Canada Time, RANZCOG has officially taken control of the Twitter handle @RANZCOG. I can only imagine what kind of swords and arrows battle that happened behind the scene between the parody account and the official account which resulted in the SAFE DELIVERY of the perfect twitter handle for RANZCOG (pun intended). Welcome and good luck RANZCOG on your Social Media Presence. 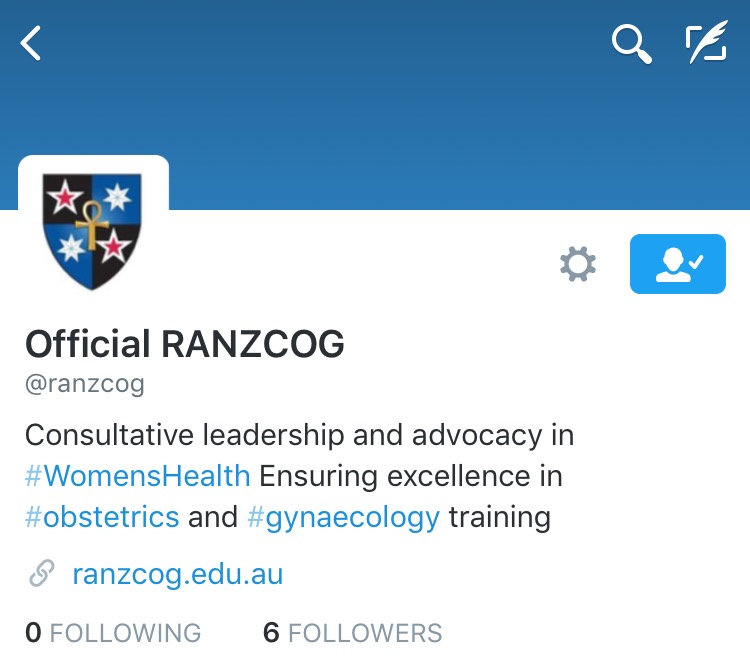