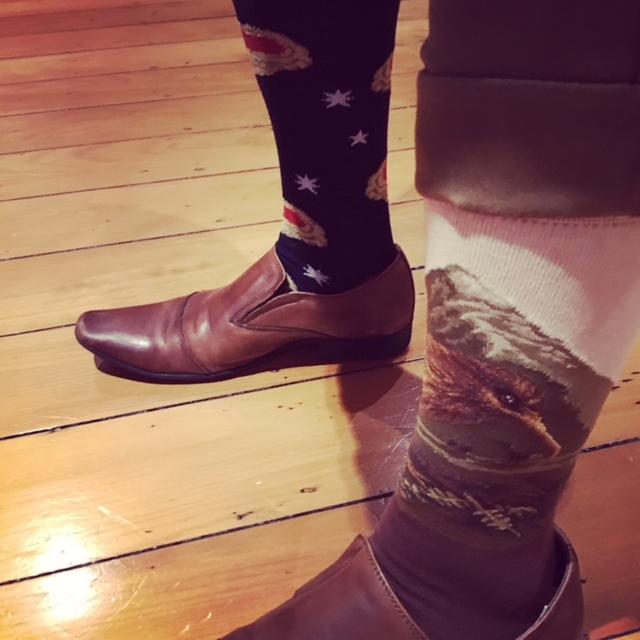 What happens beyond the socks?

As #crazysocks4docs rolled around the world recently, there were some negative comments thrown against the campaign. Generally they fall into one of these categories below.

The problem of physician mental illness and doctor suicide is a taboo in many places. It’s a well known problem that no one wants to talk about. We lose one of our own to suicide in such a regular frequency that we become apathetic to it. If we don’t talk about it, how can we expect anyone to start to find solutions to it? How do you even start this conversation? Find creative ways around the issue. Rather than using the old fire and brimstone scare tactic, “You change or you die,” use a more acceptable language and a captivating strategy. I support the crazy socks campaign because it captivates a community around a simple lighthearted object. It is an inroad access to prime a conversation. The socks is not the end point, it is the starting point on a long journey of change that begins with a conversation.

How can socks fix mental health problems? What has socks got to do with it?

Of course socks don’t fix mental health problems. Socks is just the object to get people talking, much like the Pink Ribbon for Breast cancer, the Blue Ribbon for Police Memorial Day, the Red Poppy for ANZAC Day, the Jeans for Genes, the Pink Shirt, the Red Nose Day. None of these objects in themselves are cure, but they are objects around which conversations can occur. With these objects, we bring out dark taboo matters for discussion. Many who have suffered in quiet say, “I suddenly realise that I’m not the only doctor suffering with mental health condition.” The talks beyond the socks matter.

Why would you focus on socks when the real problem is 100-hour weeks, bullying, discrimination, toxic workplaces?

Wait a minute there. You are confusing many separate but interconnected issues. Let’s not get ahead of ourselves. #CrazySocks4Docs campaign is about de-stigmatising mental health issues in clinicians, not about rosters, bad leadership or Institutional illness. That’s a different elephant altogether. Each of the following are issues that matter but they’re not the focus of Crazy Socks campaign: discrimination, bullying, harassment, toxic workplace, poor leadership, poor working environment, unreasonable rosters, mounting debts, limited job options, etc. These factors may lead to burnout (a psychological state of emotional exhaustion, poor efficiency and high cynicism) due to chronic occupational stress which may cause or worsen depression. However, they are not the main focus of the campaign. We tackle one elephant at a time. We devise unique, creative and courageous solutions for the other elephants, one problem at a time. 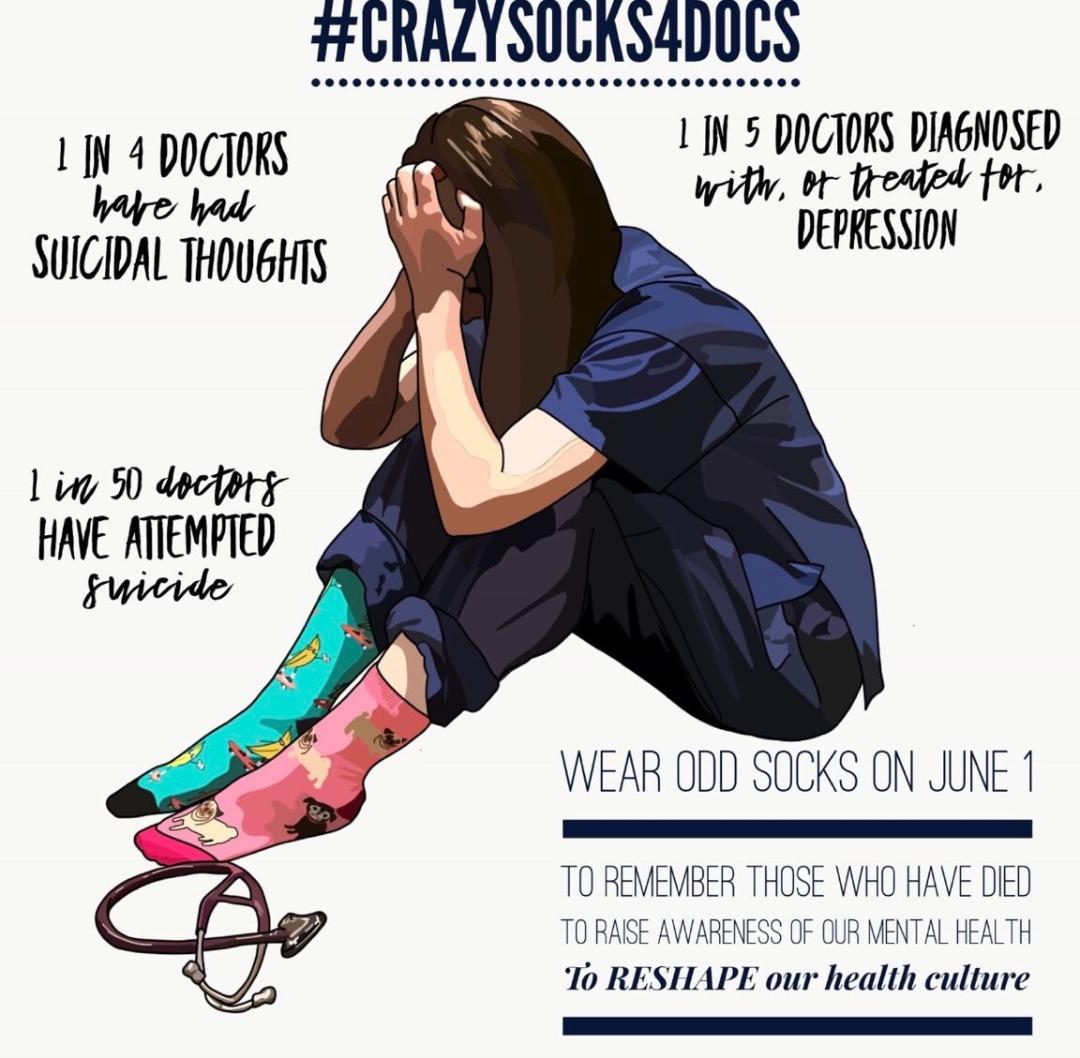 Don’t rain on someone else’s parade.

Don’t shoot friendly fires. You do not need to criticise a campaign that started with no financial support or administrator-initiated strategies. This came from the heart, from a clinician who suffered with mental illness. For a campaign that started organically through social media and has literally reached numerous countries and covered every continent (yes, Crazy Socks in Antartica), this has captivated and has been supported by many Professional Specialist Colleges, Universities and Hospitals around the world. This campaign has given many clinicians a simple object for starting a conversation in their workplaces. It has unified the message.

This is how you turn the tide. Not by putting a knife to the throats of leaders or administrators, or criticising another campaign, but by getting the community on the same page, talking around the same topic and preaching the same message. Snowflakes that become avalanches of change.

The socks is just a ploy to get you talking to your colleagues and leaders.  The socks came with a memorable message:

De-stigmatise mental illness in clinicians. 1:2 doctors burned out. 1:4 doctors have been treated or diagnosed with depression. 1:5 doctors have contemplated suicide. 1:50 has attempted suicide. Go to your colleagues with these numbers and change the way you work together. Go to your leaders with these numbers and work together to find courageous, creative, collaborative solutions.  Remove the stigma. Remove the cultural, cognitive, regulative and legal barriers that stop clinicians from seeking help.

I have lost a colleague to suicide. I work with those who have been diagnosed with depression. I know some who have attempted suicide. Half the colleagues in my department are burned out. These are real numbers affecting patient care!

I have seen through this campaign consultants and attendings giving away care packages to their trainees (That’s a sure way of making the matter departmental and unmissable!). I have seen Chiefs of Surgery supporting the campaign (Top down support!). I have seen Professional Colleges and Universities come out to support this initiative (Public messages of support). I have seen media outlets sharing this message. I have been interviewed by national radio, quoted by media and presented at Grand Rounds, just as many others have done. Most importantly, many clinicians have come out saying “I thought I was the only one struggling. Thank you for giving me courage to share.”

There is a momentum towards a tipping point and I’m not the only one speaking the message. Every talk, every tweet, every article, every conversation, every campaign (no matter how silly you think) count as nudges on the long journey of change. There will come a day when we do not need this campaign. Just as campaigns go, this too will become less relevant over the next few years as the matter is openly discussed and tackled. But until then, we are on the same boat. We work together to get the message out. My role was to leverage the message and amplify it. My job is done. I don’t think I need to do anything next year because there is now a groundswell awareness already.

What do you do on Monday? You hold them to account.

“Thank you for your support of Doctors’ Mental Health Initiative. Can we talk about some possible solutions? These solutions do not have to be expensive or extensive.”

I have always worn crazy socks for years and will continue to wear them. The message doesn’t end on June 1st. It just got louder then and continues.

Why don’t you share some practical ideas about how we can make a difference in our departments and institutions?